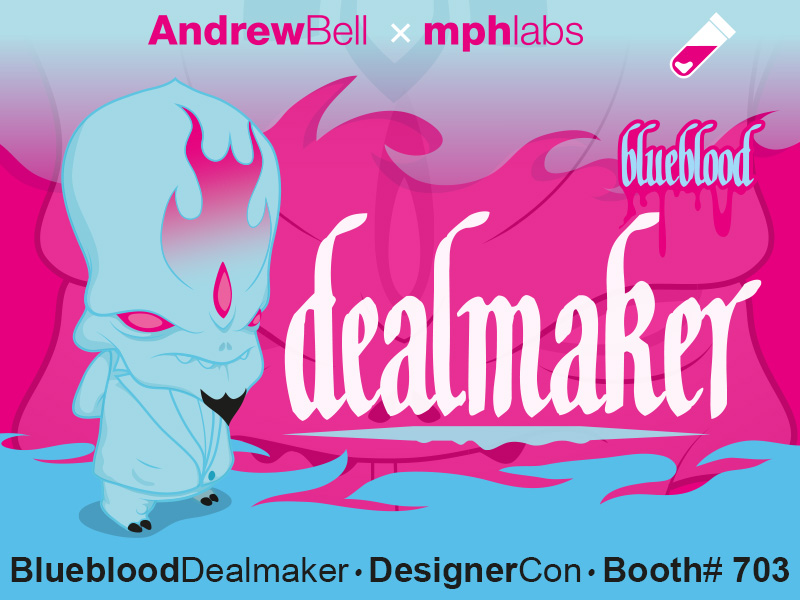 Here’s a quick rundown of some goodies I’ll have at Designer Con this weekend in Pasadena, CA at booth #703!

First up is a brand new edition of the locally made sofubi-style Dealmaker! The “blueblood” edition features a light blue vinyl base with magenta and black paints. Comes header card / bagged for $35/pc.

UPDATE 11/8:
Unfortunately these guys were too awesome for the US Customs office to handle in a timely manner and it looks like they won’t be making it to the convention center in time for the show. My apologies!
Still plenty of goodies to be had, so come on by anyway and be bummed with me. 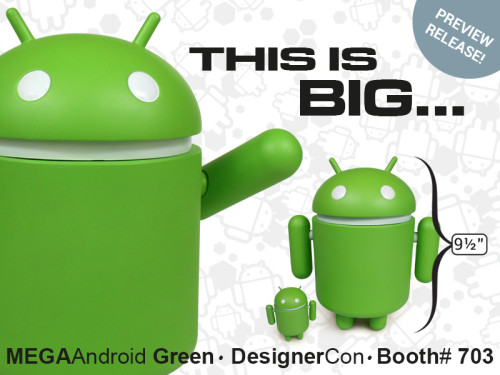 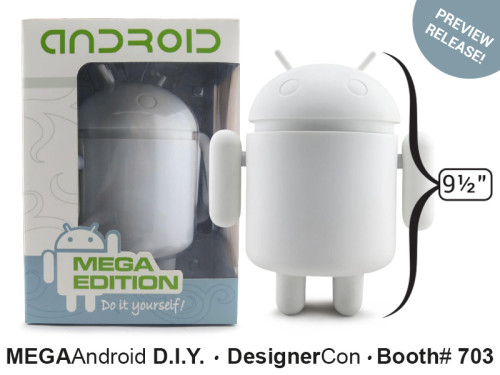 These will be available for general sale via the Dead Zebra Shop and other Android figure retailers towards the end of the year. 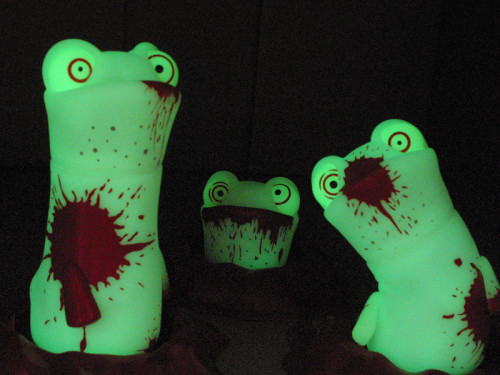 Additionally I’m reaching in to the vault to bring a few gems from the past including a Groob, a few ZLIKS (including Die in the Dark GID!), and a bunch of older special edition Androids no longer available for general sale!

I’ll also have a few original drawings (framed and unframed) and a sculpture or two!

Looking forward to seeing some of you there!