Something fishy this way smells… 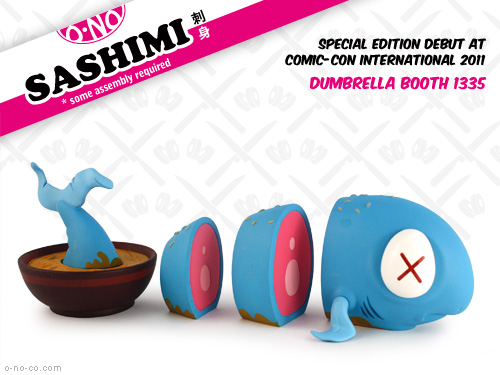 Once again the international comic-con in San Diego is almost upon us! You know what that means, a solid week of pain and suffering fun new stuff!

O-No Sashimi (based on the popular Never Look Back II print) makes its delicious vinyl debut at the show, complete with blue special edition. I know the show sold out very early this year, and a lot of people can’t make it, so we’ll be holding a number of these for online sales in the dead zebra shop! 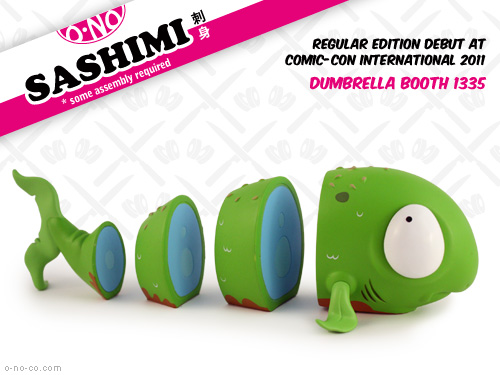 We’ll also be serving up a few of the standard Green editions, these will be hitting toy and specialty shops worldwide shortly after the convention. The standard edition will retail for around $35 US and includes all delicious fish bits, two sets of eyes and a bowl in a supermarket fresh display tray! 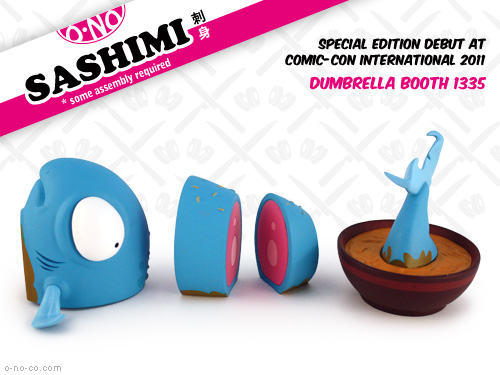 The blue edition is limited to 250pcs and will retail for $40 US. 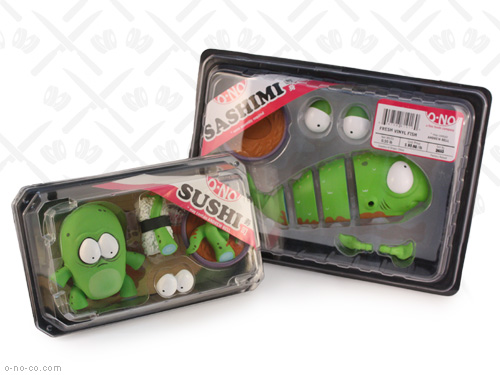 Here is O-No Sashimi compared in size to the original O-No Sushi!

A few more pics are up on Flickr! Nom nom nom..

3 thoughts on “Something fishy this way smells…”