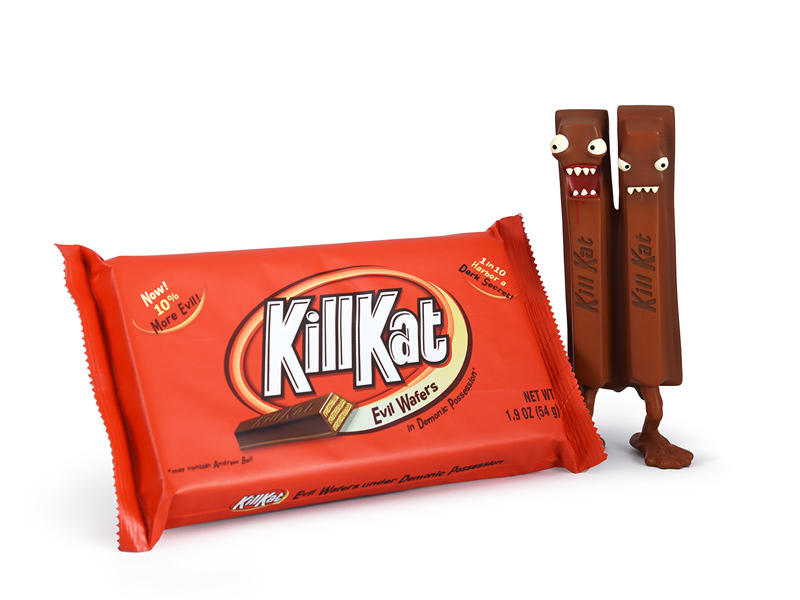 Are sugary treats killing us? Kill Kat is certainly trying! These evil wafers are determined to cause some damage. Andrew Bell’s original sculpture is back in vinyl figure form! This sweet and psycho conjoined candy stands 6” tall and comes in a candy wrapper style package.

Evil Wafers in Demonic Possession. 1 in 10 harbor a dark secret… a “dark” chase edition with glow in the dark eyes! 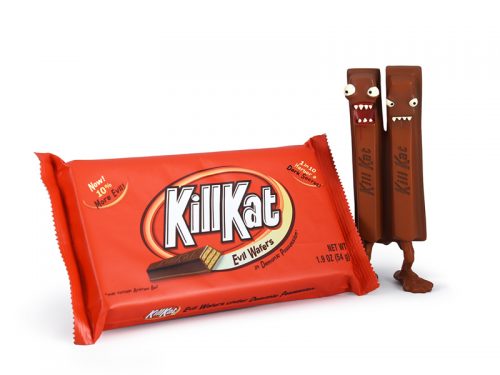 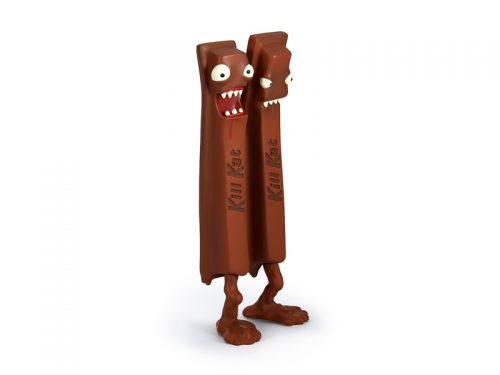 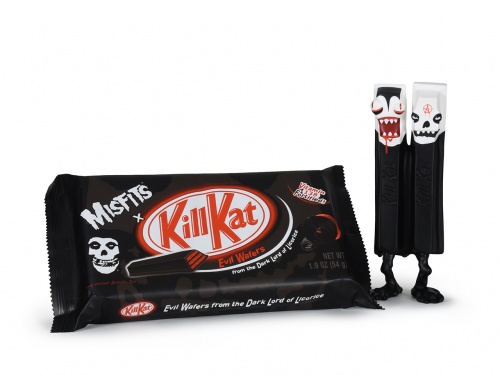 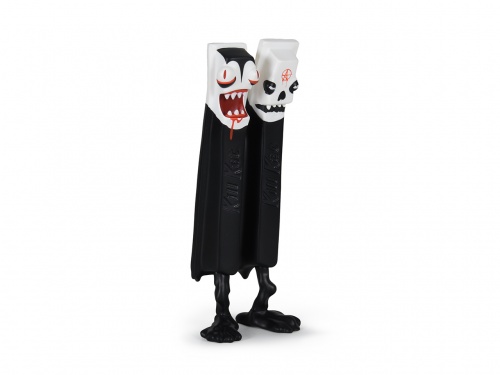 It’s Pumpkin Spice season.. which also happens to be Poison season, who knew? Rally your seasonal fall craving for artificial flavors, but be aware of the consequences! Warning: May cause basic tendencies. 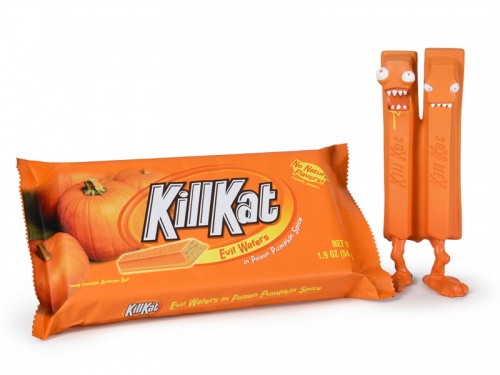 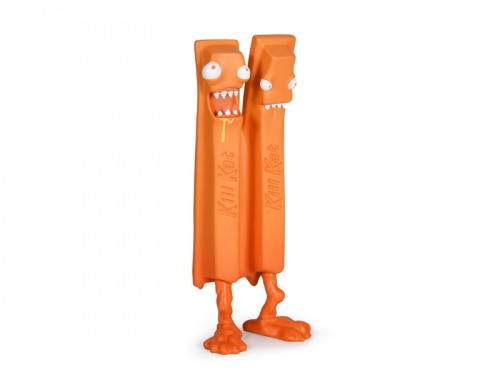 Now available in prescription strength! Overdose on flavor with Purple Drank Kill Kat! Now with 20% more purple! Sizzurp it up! 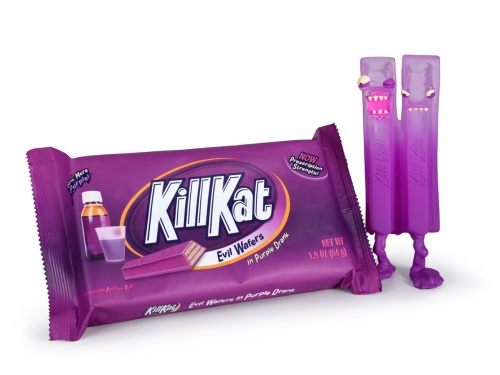 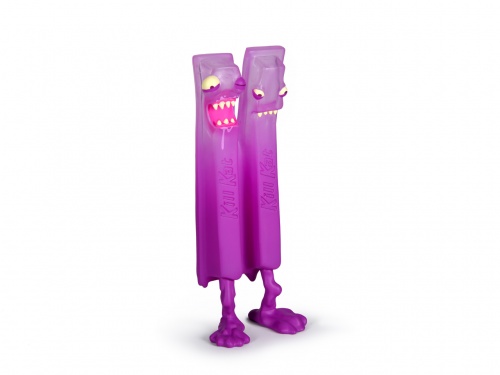 It’s incurable! Bad Banana Blight beleaguers this tasty treat. Riddled with disease, a fruity flavor that is more horrifying than it is healthy. 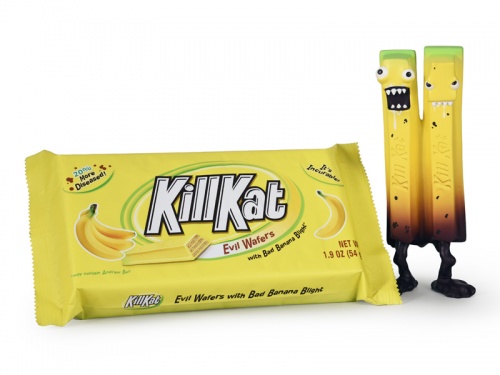 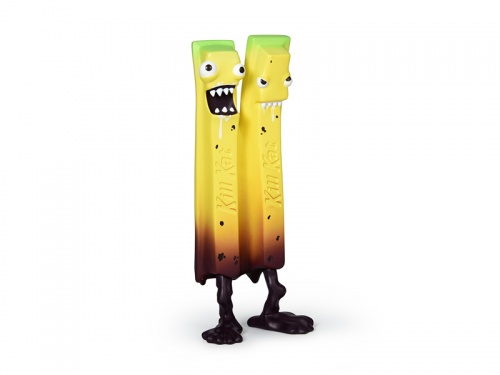 These evil wafers are coated in a thick layer of tasty Artisanal Ghost-Infused Strawberry Ectoplasm! Now with 20% More Berries Murdered per serving. 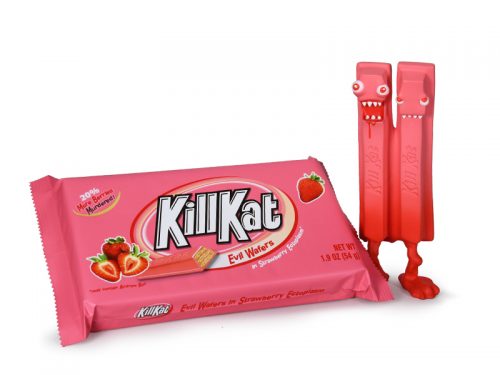 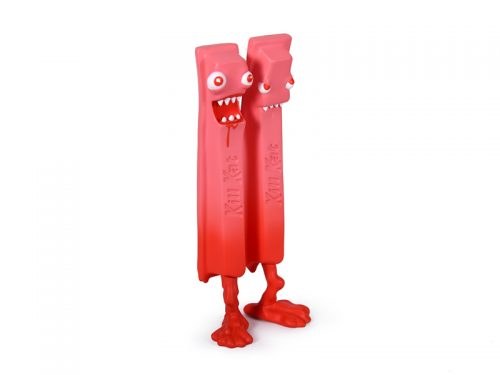 This special limited edition Kill Kat is covered in white chocol.. no wait, sorry, it’s covered in ground bones and filled with tasty blood… I wonder where it all came from? Now with 5% more bones in every bite. Don’t worry, they’re organic! 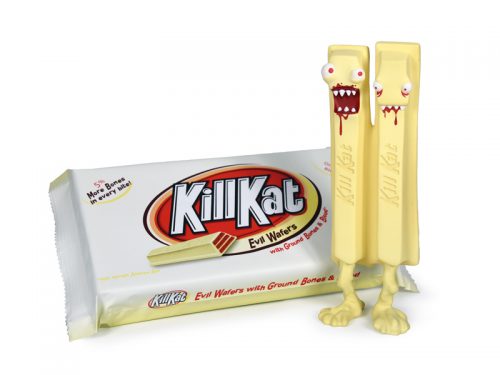 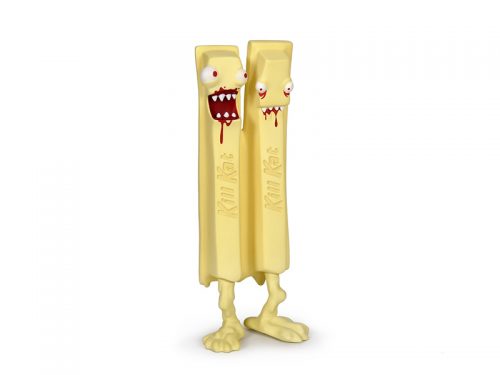 Kill Kat: Too Much Sake

Drink up, get down! Kanpai! This inebriated treat is exclusive to our friends at Tomenosuke in Japan. 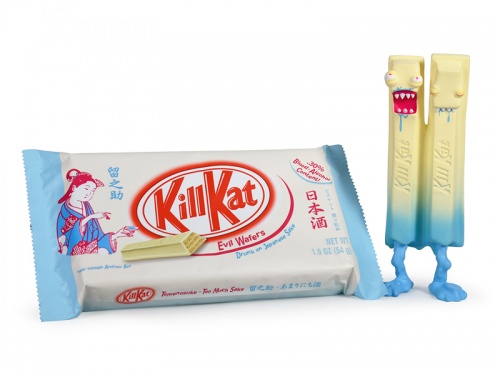 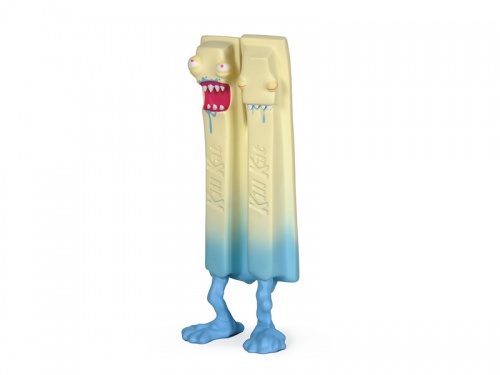 Living(?) proof that there is such a thing as too much of a good thing.. this KillKat isn’t getting to sleep any time soon. 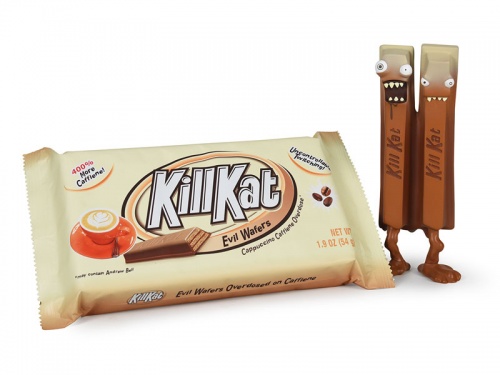 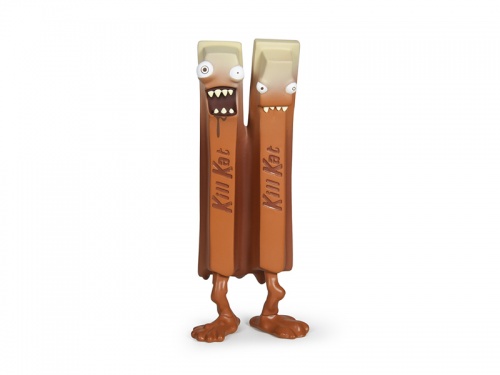 New! Paralyzing Flavor! The only antidote for this much sweetness is more Kill Kats (and/or a professionally administered treatment of SAIMR polyvalent antivenom). 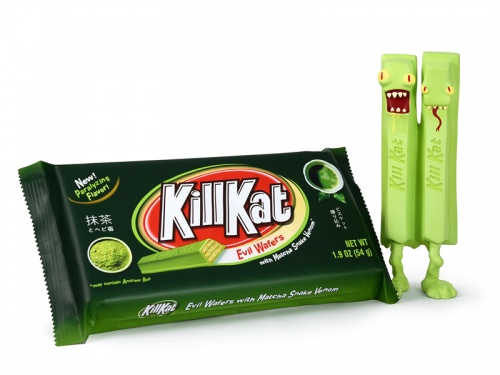 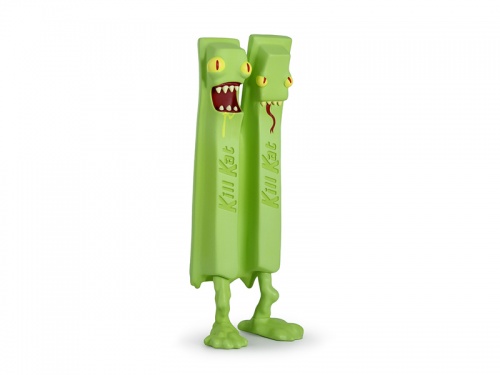