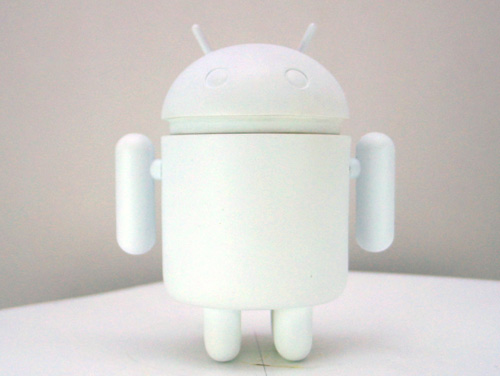 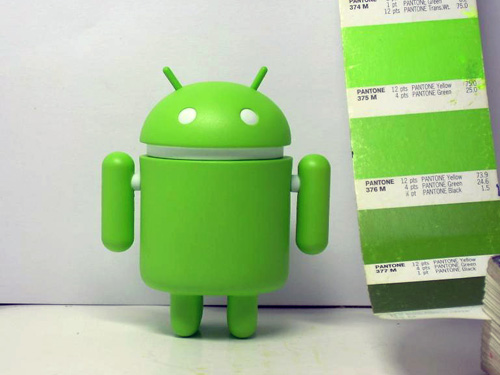 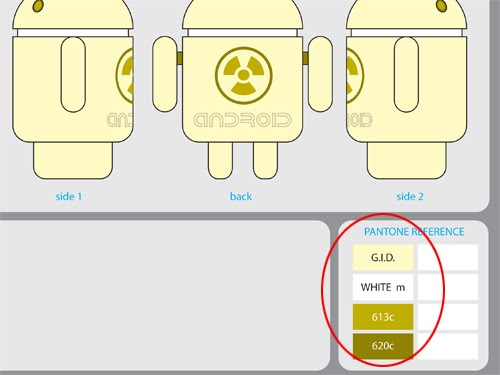 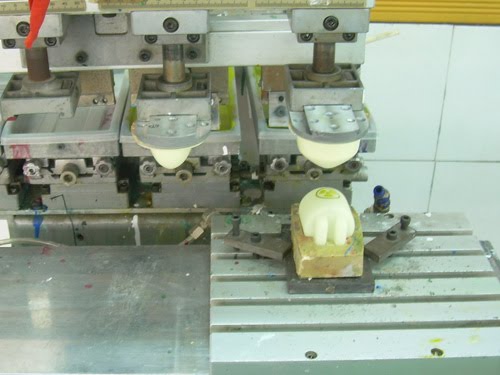 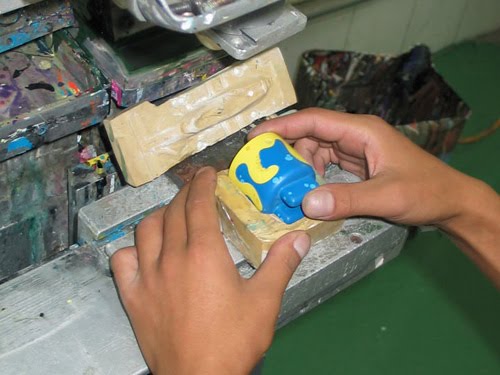 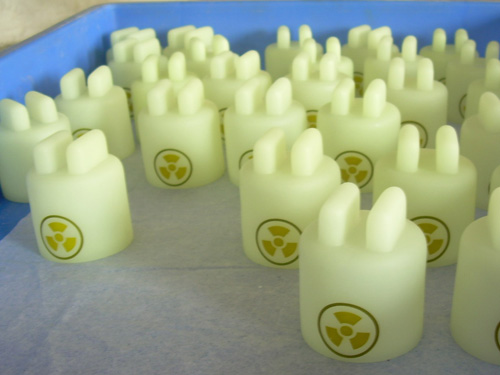 Hello again everyone! The behind the scenes look continues, and now we’re getting to the messy bits! 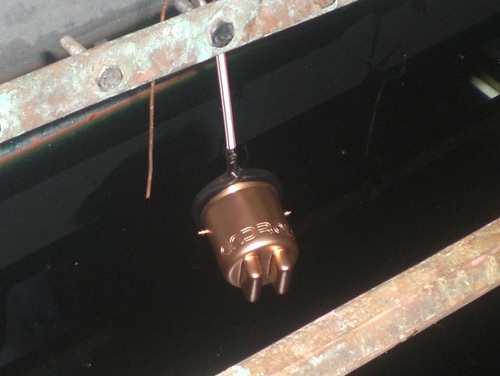 Multiple copies of the a metal molds are created from the original master mold. 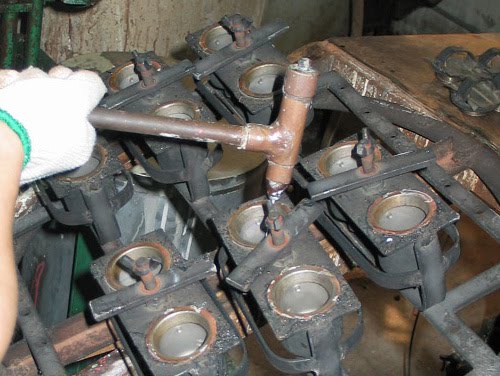 These molds are then attached to a frame built specifically for a roto-casting (aka rotational casting) machine. These particular frames pictured hold 12 android body molds. Hot liquid vinyl is poured into each form on the frame. 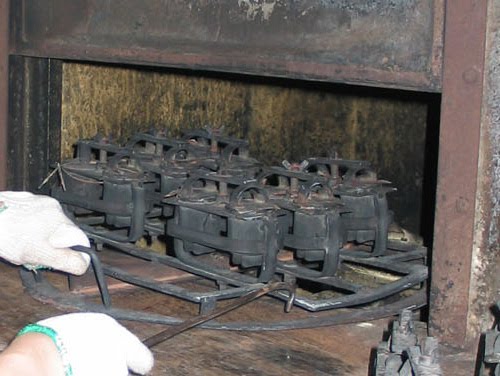 The molds are then capped off and inserted into a large roto-casting machine. This machine is essentially a large oven that spins the molds around in different directions while they bake. By spinning the molds we can ensure that the liquid vinyl coats all of the inside surfaces of the molds evenly and fully. Rotocasting also requires far less material than solid molding, and results in a lighter and more flexible product. 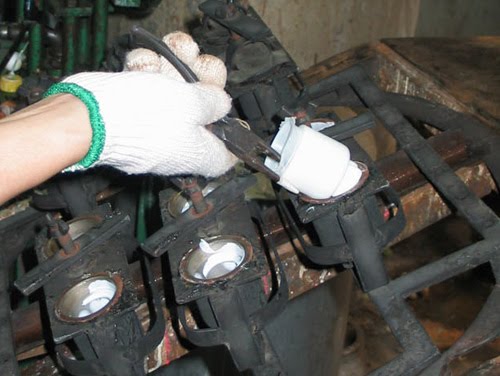 After a quick cool-down, the raw forms are still warm and soft enough to easily be pulled out of their molds. The excess material around the seams is trimmed off. 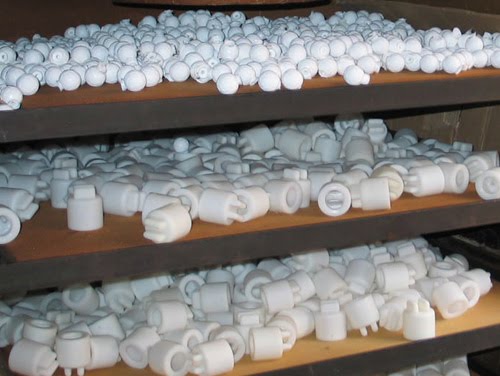 Sometimes the figures will become somewhat warped when they are pulled out of the molds. A quick trip to a heating rack makes them pop back into their original heat-formed shape. 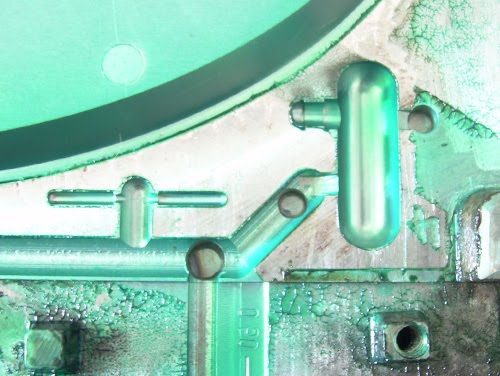 Arms and antennae are too small and precise to be rotationally molded, those are created by a process called injection molding. Here the material is injected under extreme heat and pressure into a two part mold made from a solid aluminum block. Here you can see half the antennae on the left and half an arm on the right. That “gunk” you see helps lubricate the mold and ensure a good solid seal between the two parts. 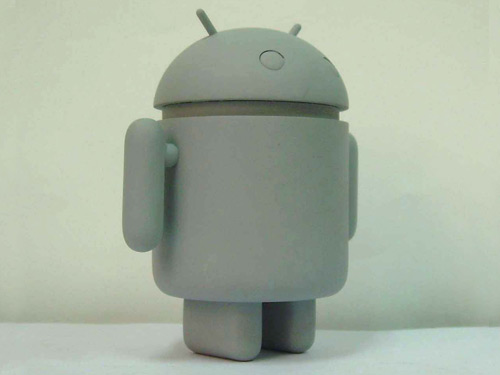 Time to move on to the physical production stage! With the reference design finalized, we start on a sculpt. Sometimes I’ll work out a rough in clay myself, but given the precise and geometric nature of this project I decided to leave it to an expert! Prototypes are typically 5-8% larger than the target production size to compensate for the shrinking that occurs due to mold production and material cooling. 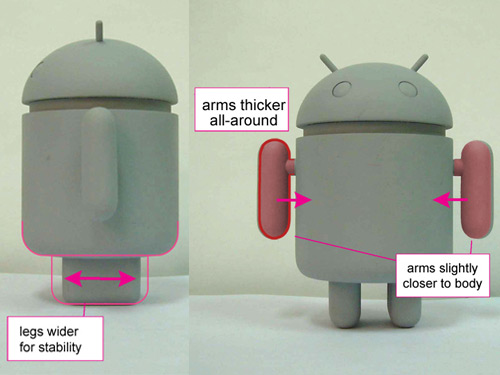 A few revisions later and we’re getting pretty close. I went back and forth with the sculptor a few times annotating photos of the prototype in order to get the arms, legs and antennae just right. 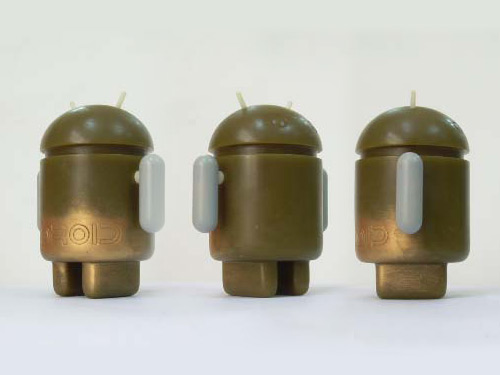 Once the sculpt is finalized, a copy of the prototype body is cast in wax for final clean-up and mold creation. The body will be made of rotational-cast vinyl and the wax will be melted out when the mold is formed (molds pics in next update!). 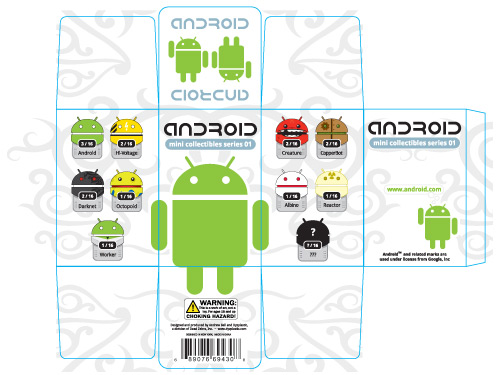 Work on the packaging starts during figure production so that everything can be ready to go at once! Here is an individual box layout, nothing too exciting to see here but it is kind of neat to see it all flat. 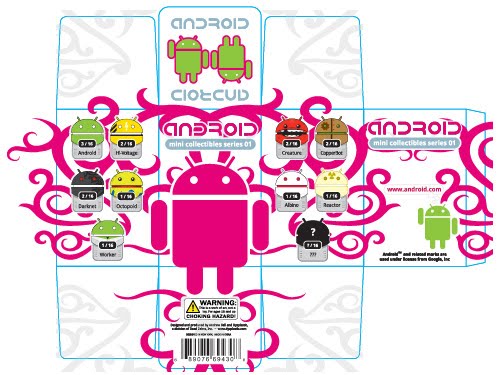 A separate layer in the artwork file denotes areas that are to get a hit of glossy clear coating. This makes the boxes eye catching and also gives them a nice physical texture when you hold them. 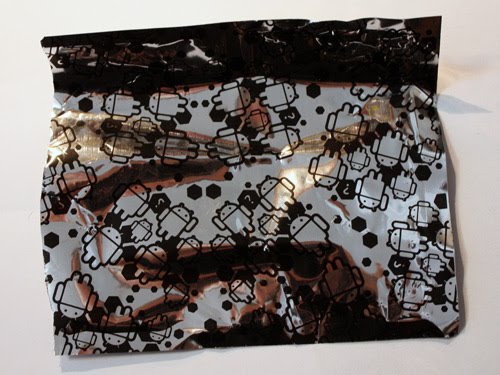 Each figure is wrapped in an individual foil bag. This helps protect the figure from scuffing, but it also helps prevent tampering with blind-boxes. Originally the Androids had this neat printed pattern on their foil bags. Unfortunately the bag printer had just switched ink suppliers and hadn’t fully tested the new inks with the foil. Opening a few boxes led to little flakes of black paint all over your fingers, table and clothing, not good! At the last minute I had to ditch the printed bags and go back to plain old “ooohh shiny!”.  I think a few of these printed bags may have slipped through into the final production cases, consider yourself lucky if you found one, and go wash your hands. 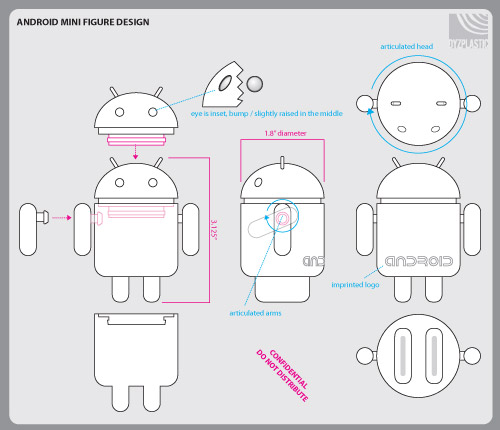 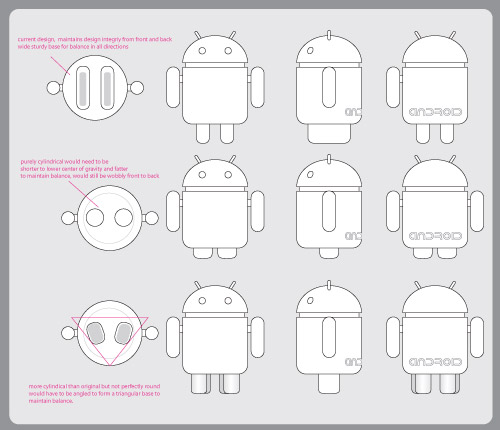 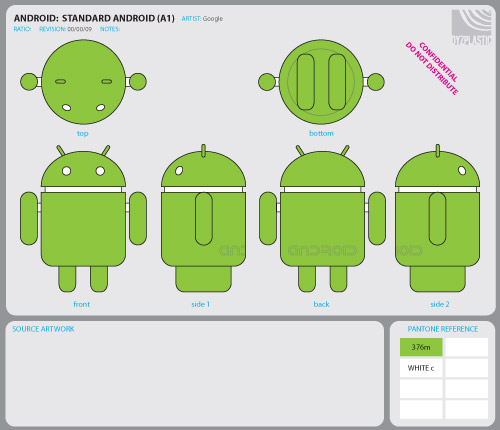 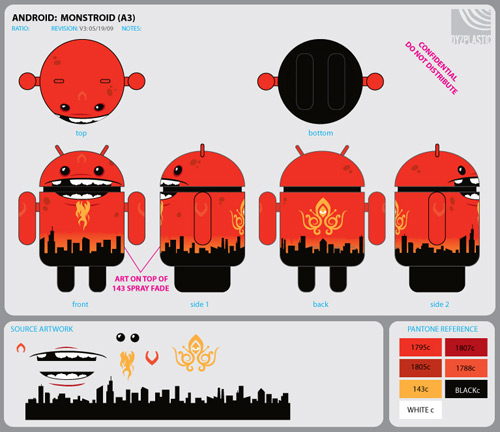 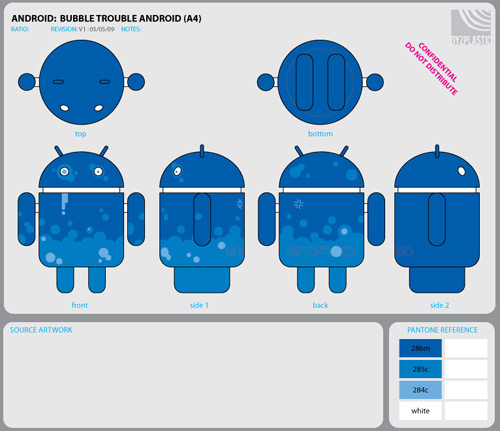 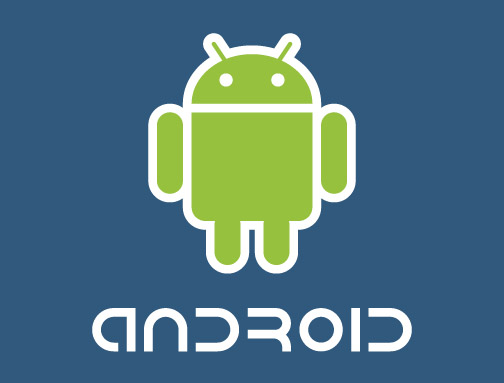 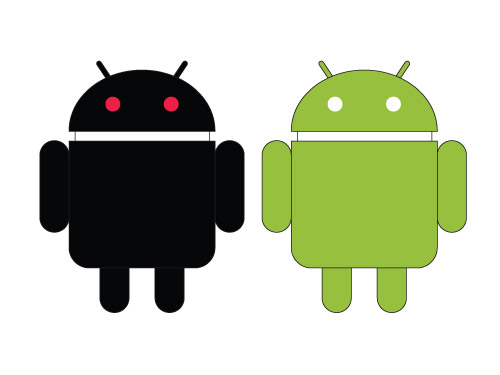 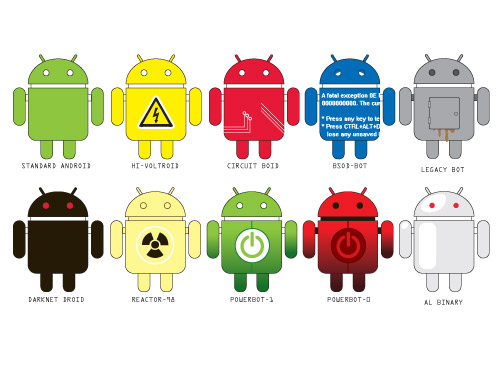