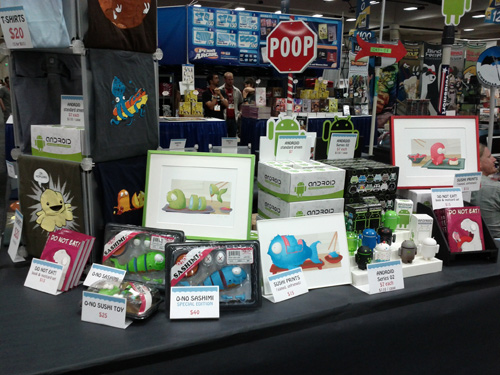 Thanks to everyone who made it out to San Diego for this years Comic-Con! We blew through some Blue Fin Sashimi at Dumbrella, while the special edition Hero and Villain Android mini collectibles battled it out over at the DKE booth. We even won an award somewhere in there, it’s still a bit of a blur..

If you missed out on the comic-con madness, the special edition Androids will be available in the Dead Zebra Shop starting August 1st, and they’ll be hitting some of our Asian retailers shortly. A smaller quantity of Blue Fin Sashimi figures will also be available! Details and times to follow shortly after I recover from the convention and fly back to New York!